A few years ago, if you had mentioned the term “cryptocurrency” to me, I would have imagined some kind of currency involving an underworld banking system, with hooded traders sitting behind shady computers. Jurisdictions around the world are scurrying to put into place legislation and regulations to allow or make it easier for companies to carry out initial coin offerings (ICO’s) or token issuances. Is “cryptocurrency” even the right terminology? Or should it be “digital currency”? “Virtual currency”? So, the question which we must now ask ourselves: whatever we call it, do cryptocurrencies, really deserve this much attention.

Currently, our everyday financial transactions rely upon a trusted third party to maintain a record of transactions. For example, when you do a bank transaction, the banking system keeps a record & guarantees that the transaction is safe & reliable. Likewise, when Cindy transfers $5 to Steve using PayPal, PayPal maintains a central record of $5 dollars debited from Cindy’s account and $5 credited to Steve’s. Intermediaries like banks, PayPal, and other members of the current economic system play an important role in regulating the world’s financial transactions.

However, the role of these trusted intermediaries also has limitations:

(i) Unfair value capture: These intermediaries amass billions of dollars in wealth creation (PayPal market cap is $130B), but pass virtually nothing onto their customers – the everyday people on the ground, whose money drives a meaningful proportion of the global economy. More and more people are falling behind.

(iii) Censorship: If a particular trusted intermediary decides that you should not be able to move your money, it can place restrictions on the movement of your money.

(iv) Permissioned: The trusted intermediary serves as a gatekeeper who can arbitrarily prevent anybody from being part of the network.

(v) Pseudonymous: At a time when the issue of privacy is gaining greater urgency, these powerful gatekeepers can accidentally disclose — or force you to disclose — more financial information about yourself than you may want.

Bitcoin’s “peer-to-peer electronic cash system,” launched in 2009 by an anonymous programmer (or group) Satoshi Nakamoto, was a watershed moment for the freedom of money. For the first time in history, people could securely exchange value, without requiring a third party or trusted intermediary. Paying in Bitcoin meant that people like Steve and Cindy could pay each other directly, bypassing institutional fees, obstructions and intrusions. Bitcoin was truly a currency without boundaries, powering and connecting a new global economy.

Bitcoin achieved this historical feat by using a distributed record. While the current financial system relies on the traditional central record of truth, the Bitcoin record is maintained by a distributed community of “validators,” who access and update this public ledger. Imagine the Bitcoin protocol as a globally shared “Google Sheet” that contains a record of transactions, validated and maintained by this distributed community.

The breakthrough of Bitcoin (and general blockchain technology) is that, even though the record is maintained by a community, the technology enables them to always reach consensus on truthful transactions, insuring that cheaters cannot record false transactions or overtake the system. This technological advancement allows for the removal of the centralized intermediary, without compromising transactional financial security.

In addition to decentralization, bitcoin, or cryptocurrencies in general, share a few nice properties that make money smarter and safer, although different cryptocurrencies may be stronger in some properties and weaker in others, based on different implementations of their protocols.  Cryptocurrencies are held in cryptographic wallets identified by a publicly accessible address, and is secured by a very strong privately held password, called the private key. This private key cryptographically signs transaction and is virtually impossible to create fraudulent signatures. This provides security and unseizability. Unlike traditional bank accounts that can be seized by government authorities, the cryptocurrency in your wallet can never be taken away by anyone without your private key. Cryptocurrencies are censorship resistant due to the decentralized nature because anyone can submit transactions to any computer in the network to get recorded and validated. Cryptocurrency transactions are immutable because each block of transactions represents a cryptographic proof (a hash) of all the previous blocks that existed before that. Once someone sends you money, they cannot steal back their payment to you (i.e., no bouncing checks in blockchain). Some of the cryptocurrencies can even support atomic transactions. “Smart contracts” built atop these cryptocurrencies do not merely rely on law for enforcement, but directly enforced through publicly auditable code, which make them trustless and can potentially get rid of middlemen in many businesses, e.g. Escrow for real estate.

One of challenges of maintaining a distributed record of transactions is security — specifically, how to have an open and editable ledger while preventing fraudulent activity. To address this challenge, Bitcoin introduced a novel process called Mining (using the consensus algorithm “Proof of Work”) to determine who is “trusted” to make updates to the shared record of transactions.

You can think of mining as a type of economic game that forces “Validators” to prove their merit when trying to add transactions to the record. To qualify, Validators must solve a series of complex computational puzzles. The Validator who solves the puzzle first is rewarded by being allowed to post the latest block of transactions. Posting the latest block of transactions allows Validators to “mine” a Block Reward – currently 12.5 bitcoin (or ~$40,000 at the time of writing).

This process is very secure, but it demands enormous computing power and energy consumption as users essentially “burn money” to solve the computational puzzle that earns them more Bitcoin. The burn-to-reward ratio is so punitive that it is always in Validators’ self-interest to post honest transactions to the Bitcoin record. 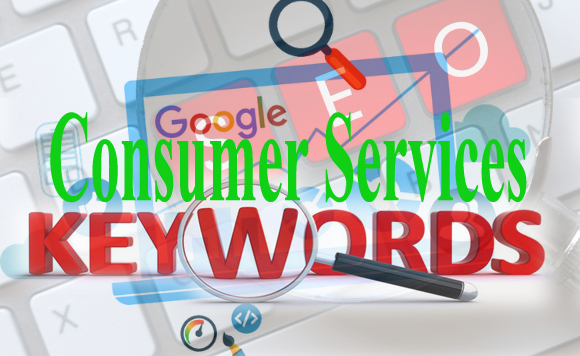